by Holly O'Mahony
in Food and Drink, South Londoner
0 0
0 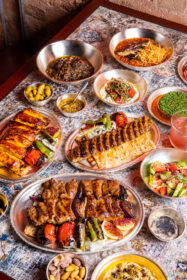 IRAN (NOT SO FAR AWAY)
Berenjak is getting Borough Market-goers all fired up with Iranian charcoal-grilled kababs. Hot off the heels of the success of their first restaurant in Soho, the Persian-style eatery is expanding its menu in the new Borough location. New arrivals on the Berenjak menu are family-style dishes, including: lamb fillet kabab served with ta-dig, a traditional feast of lamb shanks with dill and broad bean ta-dig and a charcoal rotisserie saffron chicken with sweet and sour barberries and shirazi salad. Drinks include a wine list covering Israel, Morocco, Turkey Greece, Georgia, Armenia, and Lebanon as well as new cocktails.

BRAZZA’S BOTTOMLESS BRUNCH
Grab a table and indulge in an African fusion feast with Brazza every Saturday and Sunday at Pop Brixton. There’s bottomless Prosecco or a cocktail of the week for 1.5 hours.

THE RUM DIARY
Pop into a Rum Masterclass at Pop Brixton’s
newest cocktail bar. Connoisseurs and novices
alike can taste the range, learn the history, and experience the culture with Plantation Rum’s brand ambassador Paul McFadyen. McFadyen is taking connoisseurs on a journey to discover the diversity of rum using Plantation’s vast portfolio to highlight how the environment affects the character of each liquid: Plantation 3 years, Plantation Original Dark, Fiji, Barbados 5yo and Jamaica. Love rum? You’ll have fun tasting some familiar and less familiar blends. Not a fan of rum? They aim to change that: there’s a rum for everyone, you simply haven’t
found it yet.
The masterclass includes three cocktails.

CRAFT BEERS, RAREBITS AND PIECES at elephant
Elephant and Castle locals are welcoming the arrival of Rarebit, a kitchen, upscale wine bar and grocery store, which launched on the new Sayer Street development in June.
Rarebit lands amid the new shopping destination and residential hub, and is the latest venture from co-founder of Clapham’s The Rookery, Mark Angell, and Will Nias.
The all-day kitchen, bar and restaurant, which seats 55 people inside and 16 on the terrace, serves modern British cuisine, under the helm of British Caribbean head chef Liv Lionel of Brighton’s Lazy Fin and The Prince George. Rarebit is also stocking local producers, including bread and pastries from Flor, cheese from Neal’s Yard Dairy, rare-breed meats from London Smoke & Cure in The Butchery and Coffee from Climpson & Sons.
On the drinks menu there’s craft beers, including draught from London Beer Factory, an extensive wine selection to takeaway or drink at the bar as well as classic cocktails.

PIZZA IN THE PALACE
The team behind beloved pizzeria Made of Dough are launching Palazzo in Crystal Palace, taking over the former site of Church Grill. The all-day Italian bar and restaurant is dishing up staples including pizza, zucchini fritti, pork and veal meatballs, anchovy bread, and chicken Milanese.
Palazzo is pairing its late-night weekend licence with a record library and live DJs; there’s also a separate bar and a terrace opening for the summer.
Weekend brunch showstoppers include the Morning Glory espresso, avocado and vanilla shake, Ricotta Hotcakes with Banana and Honeycomb and Bacon Panuozo with Mascarpone and Mostarda.
There’s an all-Italian wine list alongside an aperitif cocktail menu and draught beer from Brick Brewery and the Drop Project.

NEW FARMER’S MARKET FOR PECKHAM
A new farmer’s market is coming to Copeland Park, launching on July 3 and will run on Sundays from 11am-4pm. Vendors can apply via their insta
@copelandparkmarket

This article was brought to you from The South Londoner 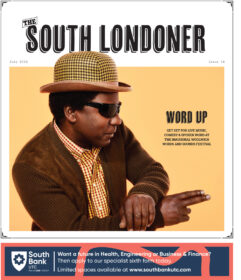