by Staff Reporter
in Review, Theatre
0 0
0

Questioning memories and the trappings of the past, looking at parent-child relationships and love, meant director George Richmond-Scott had his work cut out in this revival of Gills poetic epic.

Gerard explores his fading youth; mulling over memories through repetition, but often distorting the recollections so they feel like true echos of the past. This confusion of memories is where the plot becomes somewhat perplexing. We all see things differently but it was very blurry, very early on in Small Change. I struggled at times to recall which memory belonged to which character.

Mrs Driscoll and her future seemed too predictable as she looks to Mrs Harte for support whilst living in a volatile marriage. 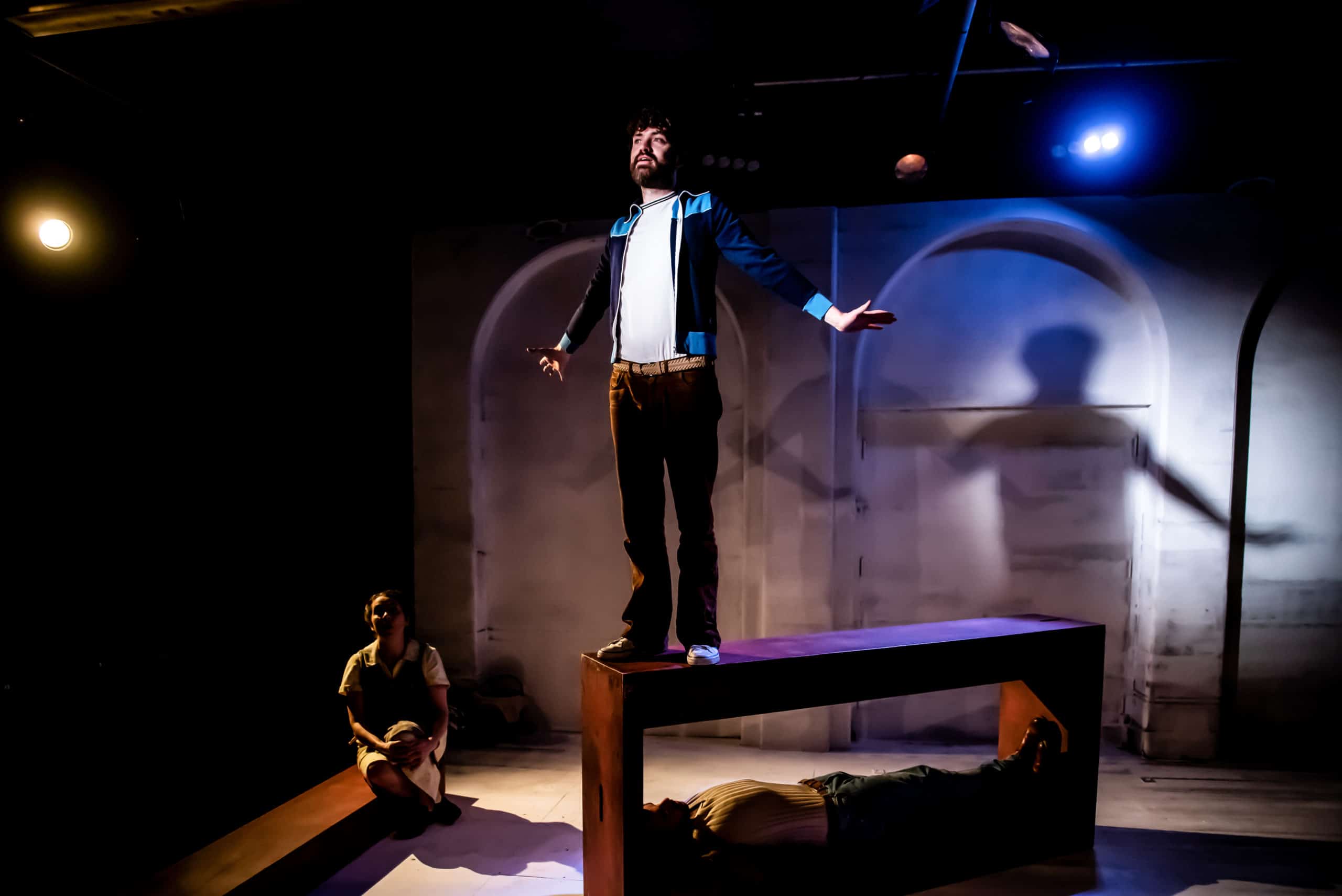 Gerard and Vincent’s scenes as their younger selves wanting to play out, miss church and dodge school were appealing and relatable. At one point, Vincent and Gerard lying under the stars at night was the only clue to the future.

Mrs Harte brings some levity to the proceedings with her constant put-downs of people, including politicians.

The pared-back set uses long blocks, framing scenes, which are often pushed open and adjusted like our perspective on the past. There is also imaginative use of physicality from the cast including Mrs Harte and her cardigan (seriously).

In the Second Act, the mothers throw caution to the wind with a song and dance, which was a little more uplifting, and certainly welcome. However, we were now in the angst-ridden 70s, which were not much different from the angst-ridden 50s, and Gerard and Vincent meet up after years apart.

I was drawn into Vincent’s retelling of his recent life, but then came the big reveal, Gerard’s love for Vincent. Reciprocated or not I just wished they’d get a move on.

In essence the cast of Small Change are energetic and capable (Okay, a few dodgy accents, my friend thought they were in Leeds) but this play felt lengthy, wordy and complicated to decode.

Some beautiful lines felt lost in the complexity of the theme. Is this a reflection of our memories and relationships? You decide.

Man, 29, charged with murder of father

Man, 29, charged with murder of father