Help find missing dog in Rotherhithe who was ‘scared by fireworks’

The Rotherhithe owner of a dog that went missing on Friday (November 5) has begged for people to help find her.

Timi, a golden-brown cross-breed terrier-hound mix, ran off from her home in Quebec Way last week and her owner Csenge Foldesi is worried that she was frightened by the cacophony of fireworks set off in the area over the weekend. 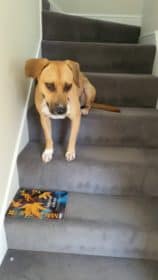 “There were fireworks for three days straight – it’s not fun for dogs. She would have been just by the water, so it was echoing, it was like a warzone.

“I don’t blame her that she doesn’t want anything or anyone near her.”

Timi, who is about 1ft six inches tall, was last seen in Russia Dock Woodland, but may also have been spotted as far south as Ilderton Road. 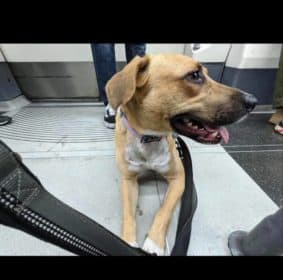 Csenge asked anyone who sees Timi not to call her name or chase her or catch her. “Continue whatever you are doing,” she said. “Let us know where exactly and what she was doing as soon as you possibly can.”

Timi is a rescue dog and lived on the streets for four years before, so “she knows what she is doing”, Csenge said. Nevertheless, she is “very concerned” about her dog and is anxious to get her home. 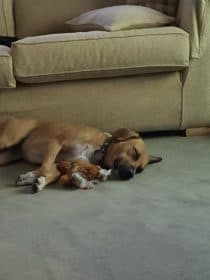