Ola, with his and sisters Ruki and Zainab

The family of the murdered teen Ola Raji have slammed the police investigation into his murder, saying it missed basic details, was too passive and lacked compassion.

Ola Raji was shot and stabbed on Tuesday, April 21 2015 on the East Surrey Grove Estate in Peckham by two men. Although three people were arrested during the course of the investigation, seven years on, nobody has been brought to justice.

Ola had just been watching a football match at his home on the estate when he left on his bike shortly before 10.30pm.

Moments later, he was confronted by two individuals outside the Damilola Taylor Centre, who gunned him down before stabbing him in the back with a bladed weapon.

Detectives believe the two men then fled the scene via a cut-through from Cator Street, into Sumner Road.

Police arrived after receiving reports of shots fired, and found Ola collapsed on the ground between two parked cars. Ola was given first aid but died from a single gunshot shortly after arriving at hospital.

The family have now submitted a complaint to the Independent Office for Police Conduct (IOPC). It alleges eleven failings, including that police effectivley told Ola’s grieving mother that she “didn’t seem shocked” and asked whether she was “expecting this”.

The complaint was submitted in June 2021 but the family only got a response in April 2022, even though the IOPC should respond within 28 days.

Ruki Ware, Ola’s 37-year-old sister said: “We were very trusting of the police because they have been tasked with protecting the community but now I don’t trust them to do anything.

“The investigation was cr*p from the beginning and we found ourselves in a situation where we were leading them to evidence.”

The complaint, which also accuses police of cultural bias and “profiling” Ola, alleges a litany of flaws in the investigation.

According to the complaint, when police searched Ola’s body, they said his house keys were not on his person so his family changed all their locks.

Months later, police allegedly found the keys and told the family they’d missed them because they were “deep” in his pocket. This led Ola’s family to question the thoroughness of the entire investigation. 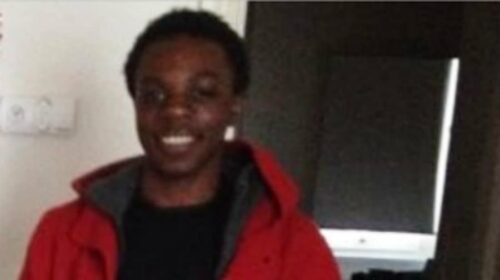 They also say the police’s door-to-door appeal, which the sisters say only happened at their prompting, failed to speak to lots of neighbours.

The complaint says no ongoing support has been offered and that no consideration has been given to the safety of Ola’s mother, even though the attack happened near her home.

Ruki and her sister Zainab Raji, aged 37, both believe they know who murdered Ola and say the police’s failure to gather sufficient evidence is why the killers haven’t been jailed.

Speaking to the News, the sisters, mothers themselves, spoke glowingly of their “playful, loyal and popular” brother with his “great sense of humour”.

Ruki, now working in asset management, said how the three siblings were “little pranksters” who loved spending time together.

They say they were like “little mums” to Ola, who was the youngest child, and are heartbroken that some of their children will never get to meet their uncle.

Ruki said: “It’s been devastating – that’s the only way to describe it. I was pregnant when my brother passed away and I think about my mum losing a son and how heartbreaking it is. It’s been a nightmare that won’t stop.”

Zainab urged people with information on his death to step forward: “Just do the right thing, relinquish yourself from the guilt and bring those responsible to justice.”

Crimestoppers, a charity independent from the police, is offering £20,000 to whoever can provide information that leads to a conviction.

A spokesperson for the Met Police said: “Our thoughts continue to be with Ola’s family and friends in the years following his murder in 2015. As with all unsolved murders, any new information received will be assessed. No matter how much time has passed, our officers remain committed to securing justice for the families of victims.

“We are currently in the process of finalising our full review into the complaints raised by Ola’s family and we hope to be able to share this with them by the end of the month. As the review has progressed we have kept the family updated and this will continue until the report is finalised.

“Ola’s family have raised concerning issues and I want to reassure them that that their complaints have been treated with the utmost seriousness. Unfortunately, as much as we would like to, we cannot address the issues raised in detail while the review remains ongoing.”

If you can help solve the murder please contact Crimestoppers either online at crimestoppers-uk.org or by calling 0800555111. The charity does not trace calls or track IP addresses.

Camberwell man suspected of robbery still on the loose

Lady Eleanor’s Life In A Room

Advertisements
No Result
View All Result