I received the invite and went along for the opening of Anicka Yi’s In Love With The World, her art piece for Tate Modern’s Turbine Hall, a fantastically huge space that any artist would love to have access to. What I found was nothing to do with loving the world but terrifying, floating jellyfish that had obviously come to take over the planet, writes Michael Holland.

I immediately thought I was in some War of the Worlds battle and waited for the aliens to fire death rays into the crowd, taking us all out with a few nicely aimed zaps, but nothing came. Why were the people not running to get out, screaming to others to turn back and head for safety? Why were small children looking up with awe and wonderment at the terror above? ‘Grab your child and get out of here,’ I wanted to cry. 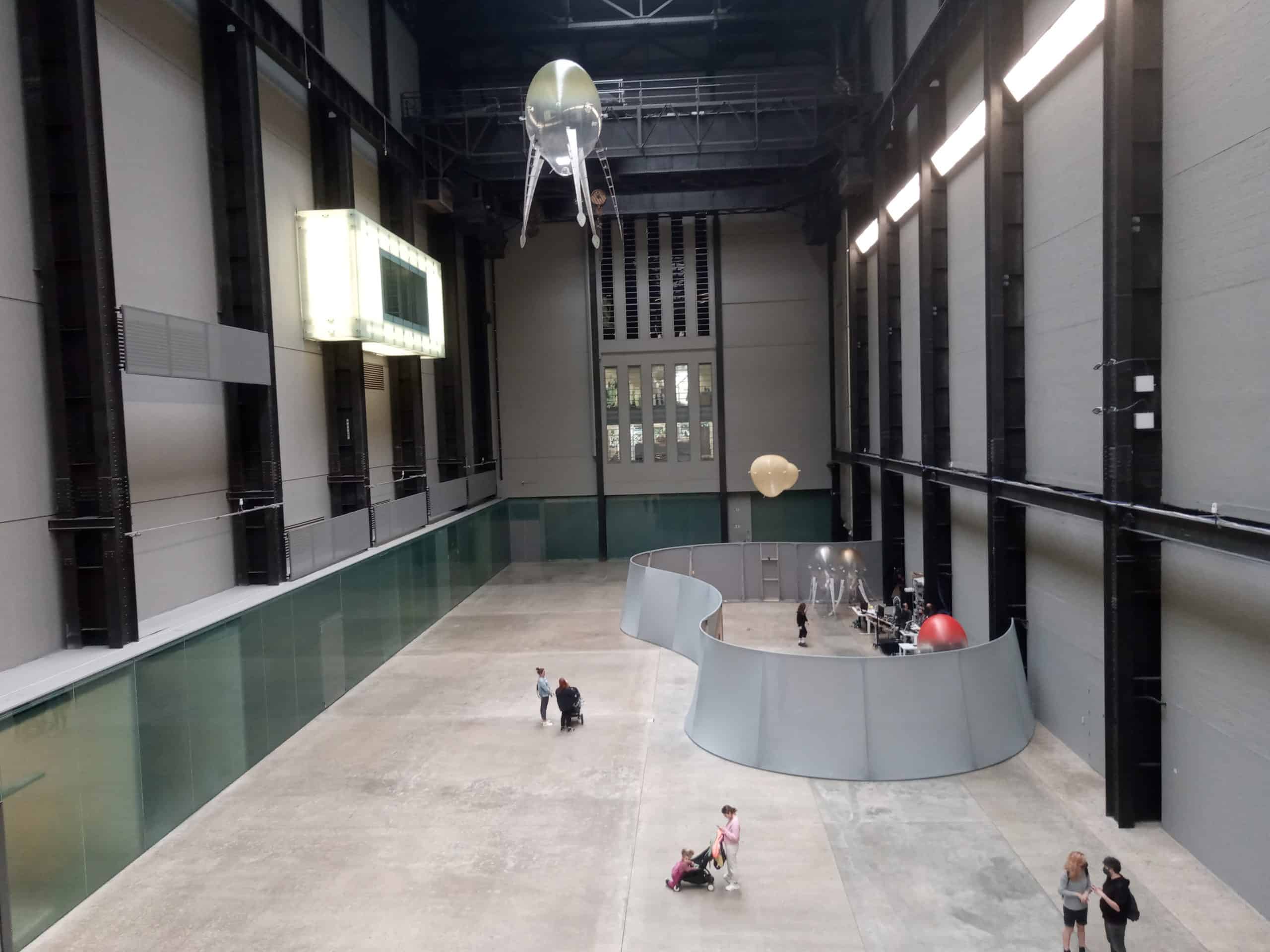 And then my own little world of wonder ended when Security strolled over and told me to grow up.

In Love With The World is Yi’s attempt to break down the barriers between plants, animals, micro-organisms and technology, and for us humans to think about the ecosystems we live in.

The ‘aerobes’ show different behaviours as they respond to scents and each other. Their shapes remind us of sea creatures and plants but with artificial intelligence. Different aromas will be wafted throughout the hall, each having a connection to this part of London: spices, marine smells, coal, and vegetation. As the scentscape changes so will the behaviour of the ‘Xenojellies’ and ‘Planulae’.

This is a magnificent piece of work that people of all ages can relate to. Perhaps not in the way that Yi would hope, but people will engage enough to take something from it. Watching the floating objects evokes a warm feeling of calm; it almost commands an atmosphere of quiet if not absolute silence. In Love With The World will no doubt be another Turbine Hall success, and the only attack on Tate Modern will not be from Yi’s Aerobes but from those not willing to look at art that is not in a frame on a wall.