Believe in the Beast

It is every young, single man’s nightmare. Just when things couldn’t get any worse and you’re isolating in your mansion because you’re angry at the world, along comes an enchantress and turns you into a hairy beast. Imagine Theatre is back with the classic fairy tale Beauty And The Beast, and we are happily back in panto season, leaving the world behind for just under two hours of singing, dancing, and fun-filled mischief, writes Ed, Frida, and Woody Gray.

Our hosts are seasoned mirth-makers and stars of stage and screen Dick and Dom who are very much up to the task of throwing their rubber spanner into the works of this classic tale of shapeshifting and the search for true love. Innuendos abound, provoking smiles and groans in equal measure from parents and grandparents. Kids will love the Diddy TV recreation and the old bucket game has the audience in fits of laughter. The great Derek Griffiths warms the hearts of audiences recalling his long career as Playschool presenter, stage actor, and Coronation Street resident. 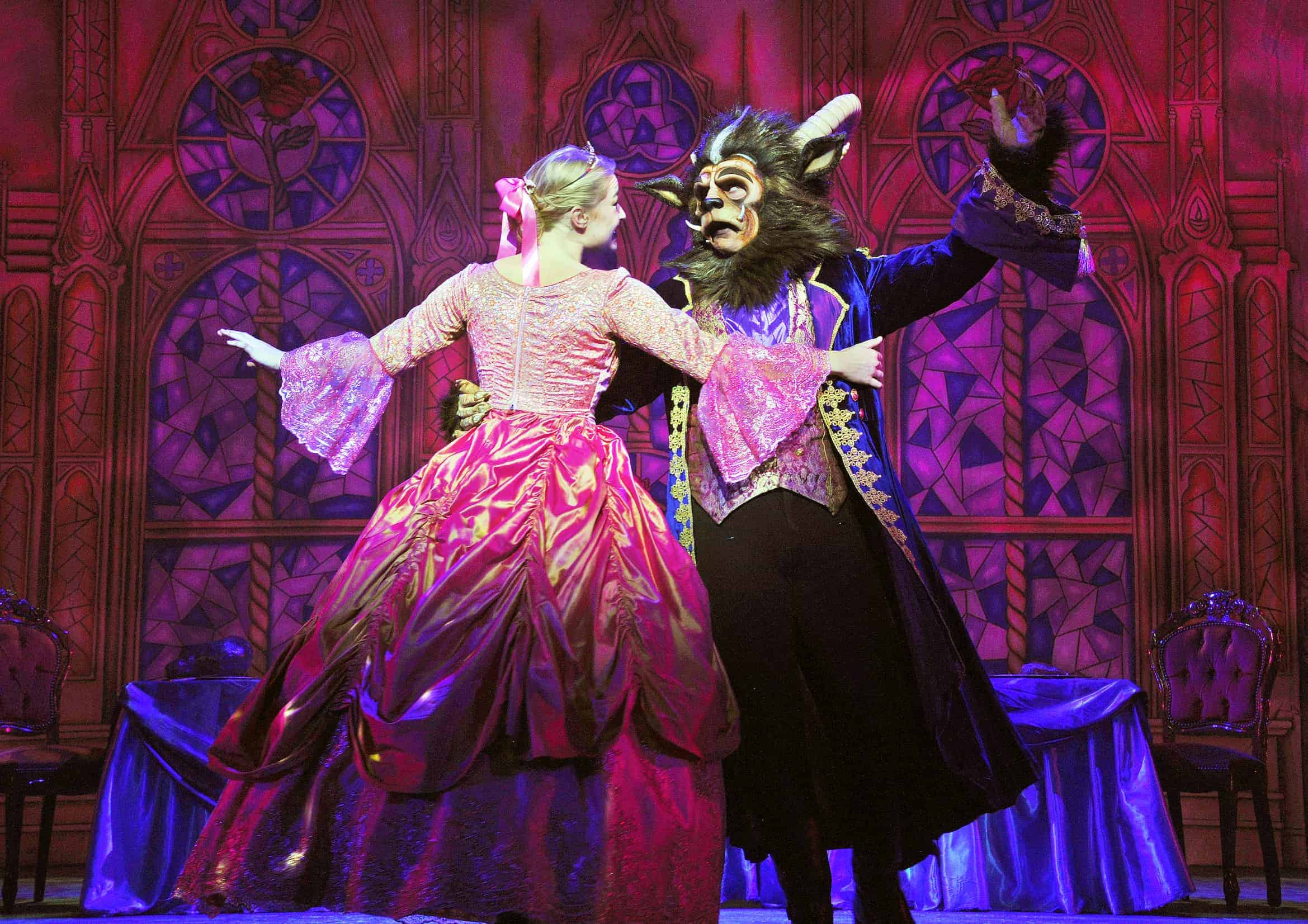 Once upon a time Beauty And The Beast was a fairy tale told to young girls so they would capitulate to the process of arranged marriage. Thankfully, times have changed a bit for the most part and though the stage set was very Disney and the character of Belle was a classic blonde Princess she does come through in the end. Menfolk are sorted out, and narcissistic Bourbon has his comeuppance, whilst Belle falls for the hirsute Prince Pierre with his big paws and claws. You can guess the rest.

The Ashcroft Theatre felt like a very safe environment in these times. Our young reviewers eagerly soaked up all the action throughout – ‘Hilarious!’ was the overall verdict. The choice of songs was particularly appealing to our daughter who tunes into Fun Kids Radio more than she does to her parents. The moment when man metamorphoses into beast was a big hit with our boy who has been known to shapeshift into a wild animal himself occasionally. We left the theatre and headed into a crisp Croydon winter evening humming one of our favourite tunes from the show ‘I’m a Believer’ over the din of the police sirens. And we most certainly are.