It seems that nobody knew that in the heart of Bermondsey was a brilliant Brazilian restaurant that goes by the name Fine Cut Butchers. I broached the topic with several locals who didn’t believe that in the nondescript Blue Anchor Lane was one of the best places for meat in town. That lack of knowledge should change right now, writes Michael Holland.

From the outside it looks like a butcher’s, but once inside there is a deli, a coffee shop, and tucked away round the back is a bijou restaurant to die for – And that’s before a morsel of food has passed my lips.

The menu was a mix of mouthwatering beef options and dishes from Brazil that the lovely ladies attending to us were more than willing to explain and describe. I threw myself at the mercy of the fine folk at Fine Cut Butchers and let them take charge of what I would be dining on, and they did not disappoint. 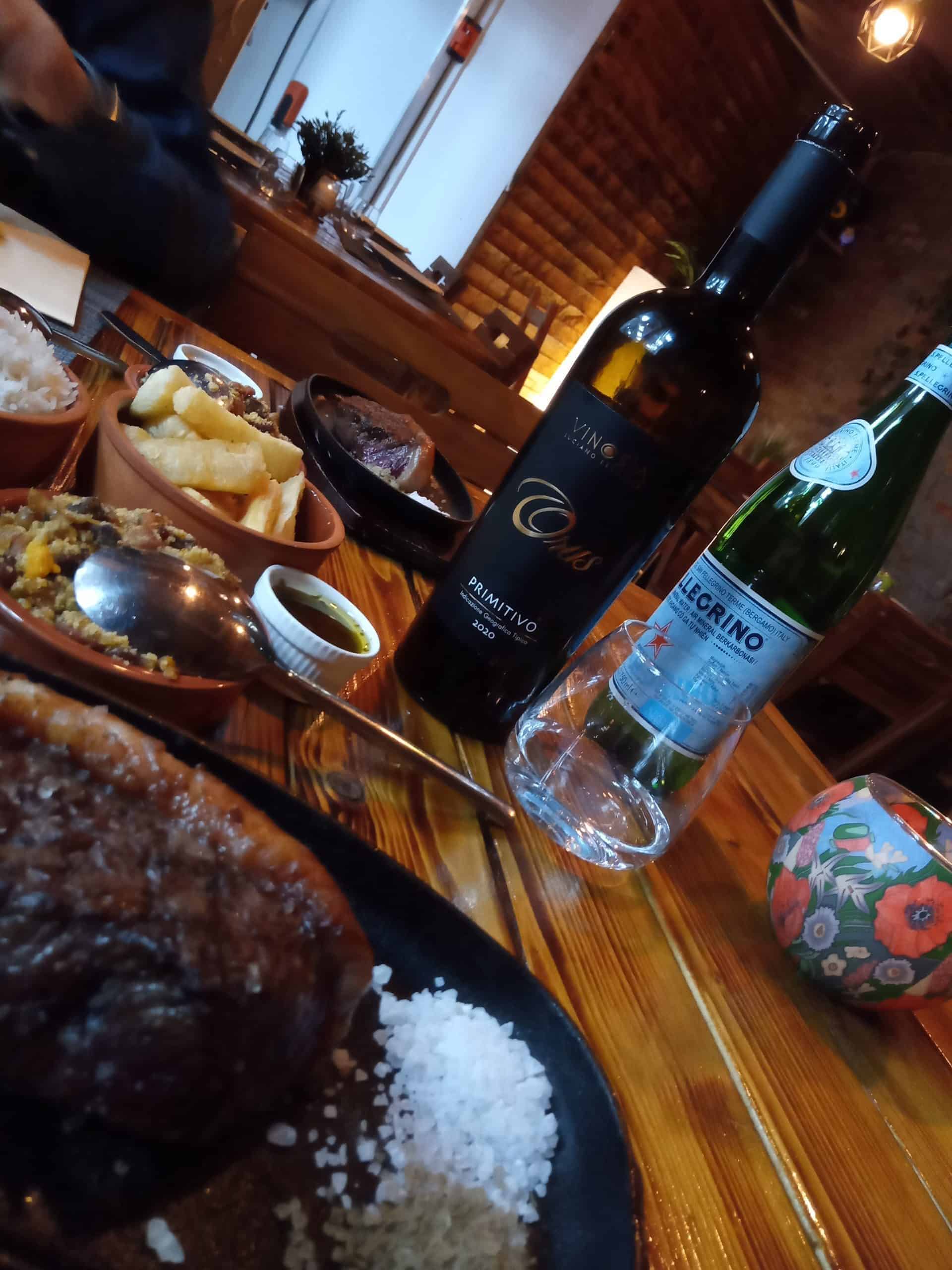 Almost immediately two finely crafted Caipirinhas appeared for myself and the Ballerina to sip on. Next, we were invited to take a look at the marvellous array of meat from which to choose our cut for the night. I pointed at one and the Dancer pointed at another.

Back at the table, a rather moreish red wine from Italy was poured, quickly followed by three dishes of starters. I recognised the olives, and I could see one was fried chicken (with a Brazilian twist we soon discovered), but there was a UFO on the table (unidentified food object). I love a UFO so I tucked in straightaway, and it was deliciously soft, succulent, and flavoursome. What else do you need? We were told it was Palm Hearts, and also informed about how they are very important to Brazilian food culture.

The Caipirinhas kicked in, the red wine began mellowing me out, and all of a sudden the chef was there with some mighty slabs of red meat asking how we wanted them cooked. Looking like they still had a pulse I wanted to make sure they were dead and had written a will before I started eating them, but the Ballerina told him ‘medium rare’ and off he went.

Very soon the air was filled with the aroma of seared beef and not long after a fat, juicy rump was placed in front of me and a sizzling sirloin appeared on the other side of the table. Our eyes widened but not as wide as these two steaks. While we considered where to begin another server came with the sides. The rice and vinaigrette (fantastically sharp) were easily identifiable and what looked like chunky chips was fried cassava (delicious), but the surprise of the night was the Tropeiro Beans. On the menu, the ingredients they came with (farofa, kale, bacon, eggs, butter, banana) read like breakfast, lunch, and dessert all in one go, but it was amazing. Truly amazing.

We set about our table full of food with gusto, but it wasn’t long before we were slowing down, although making sure we were getting through it all. It was too good not to eat!

We eventually got through most of the meat-feast, and after a decent time for discussion on the finer points of beef, our delightful hosts sweet-talked us into desserts. One was a simple but tasty Creme Caramel but the other was a very special Açai Bowl, which not only looked great but consisted of açai palm fruit puree with condensed milk, strawberries, and banana. We fought over it, and I didn’t win!

We agreed that we had experienced the greatest meat feast that we can recall and that this place is a hidden gem in SE16 that the world should know about.

‘Come clean’: Rotherhithe woman whose cat’s legs were smashed in hit and run asks for culprit to own up

'Come clean': Rotherhithe woman whose cat's legs were smashed in hit and run asks for culprit to own up