Your first glimpse of the set leaves you feeling like you’ve stepped into a cosy 1930s’ study where a festive classic caper is about to unfold – and you won’t be disappointed with this hugely impressive comedy production, writes Carolyn Hart Taylor

Author Jeremy Rowland, (Brian Moriarty), arrogantly scathing of his dead Aunt Esme’s fictional works, stands in her home, due to inherit her property, including a lifetime of published fiction, but there’s a catch! Naively believing himself the superior writer he is given a month to prove his merit.

With each tap of the typewriter, Jeremy’s life becomes stranger than fiction as literary characters spring to life, propelled by the haunting presence of Aunt Esme. 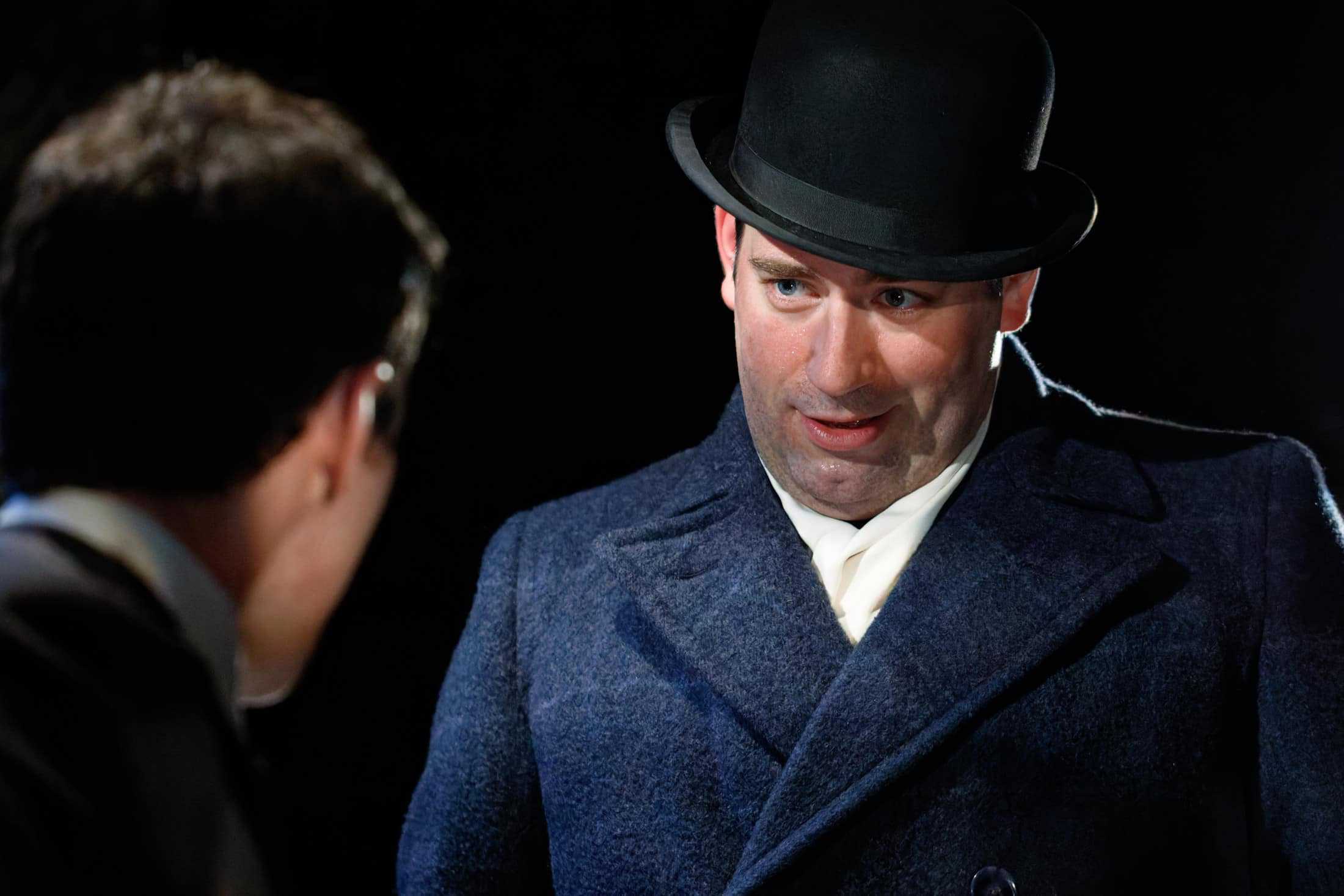 The three actors’ versatility amazes; playing several roles each, they draw us into a dramatised crime novel. Faced with familiar tropes, Detective Harry Lambert, (Moriarty again) now a trilby-wearing Sam Spade persona full of sassy wisecracks: ‘I do my sleuthing sunny side up’. Comical references spread through each character ensuring there’s never a dull moment.

Rachel Summers effortlessly impresses with multi-characterisations: one minute a shy, awkward Esme super-fan, next a femme fatale straight out of a Raymond Chandler book, then a cool Russian assassin. A major presence throughout, she puts paid to Jeremy’s views on female characters and puts him on the road to an eye-opening literary experience.

The many changes require sophisticated special effects, and the high standard used convincingly transports audiences back and forth from reality into a fictional work. Coupled with actors’ adept accent changes and comic timing you’ll be hooked from the start.

Believe in the Beast

A Royal Festival Of Fun

A Royal Festival Of Fun