Piff the Magic Dragon Heads for the UK

For anyone feeling life has become a tad too serious lately, take heart, Piff the Magic Dragon and his Chihuahua sidekick Mr Piffles blow away the doldrums for a virtual show of madcap magic, writes Carolyn Hart Taylor.

Prevented from touring due to the Pandemic, Piff the Magic Dragon takes his Las Vegas show on tour via live-streaming, on this occasion gracing UK audiences with his particular understated brand of humour and magic. To be honest, he could be in ‘Viva Las Blackpool’ for all audiences know, when watching the act via Zoom. Word has it, though, the dragon has made it to the iconic gambling strip.

But there is a tense opening because every Vegas star deserves a big build-up! Waiting dutifully online for Piff and Piffles to arrive, audience members face each other, exposed in the spotlight of their own homes…Yes, suddenly we have merged with this vacuous game show world, which adds another dimension to our experience. Audiences who are now able to see the mass reaction to the show may wonder how much their enjoyment is based on group reaction, rather than individual choice. 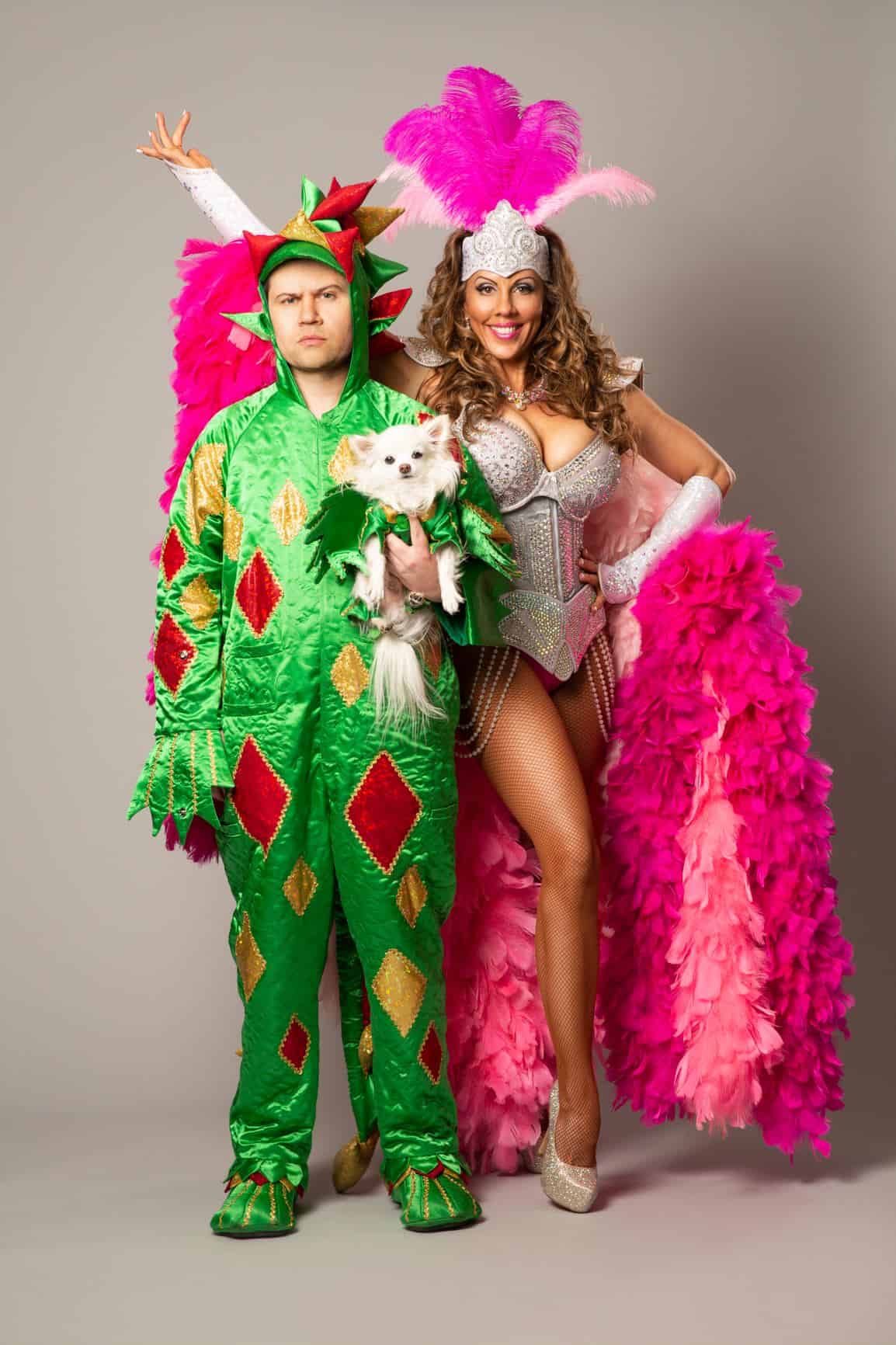 Creating a Vegas vibe, the show uses technology to its full potential, the PC screen replicates a gaming strip, neon frames surround contestant faces who, incidentally, are any audience member brave enough to volunteer to participate in Piff’s magic tricks. And plenty did.

The antitheses of a slick Las Vegas casino complete with sharp croupier, Piff’s act opts for cards dashed all over the place approach, time lapses, bumbling lines, in a word, organised chaos. This act’s success relies on disbanding the familiar polished magic acts, instead pinning hopes on love of the absurd. Its success relies on certain uncertainty.

A new way to experience alternative magic and comedy, and worth the challenge.

Rotherhithe: Appeal after man ‘kicked pigeon into water and left it to die’