Time is running out: Lily is ready to go for treatment to save her, but over £200k is still needed

by Kevin Quinn
in Health, Community
0 0
0

The auntie of six-year-old Lily McKelvey is desperately hoping to win her race against time and get her niece to America – as without treatment for a rare form of cancer she is unlikely to survive.

The nightmare for the family began just after Christmas and with lockdown on top of such a short space of time, Lucy O’Sullivan says she is trying everything she can to help raise the £370,000 needed.

Lucy’s husband Chris and daughter Paige are planning a skydive and are looking for sponsorship. Numerous local businesses have stepped up to help, by supplying prizes for a Valentine raffle on Facebook and Instagram this Saturday. 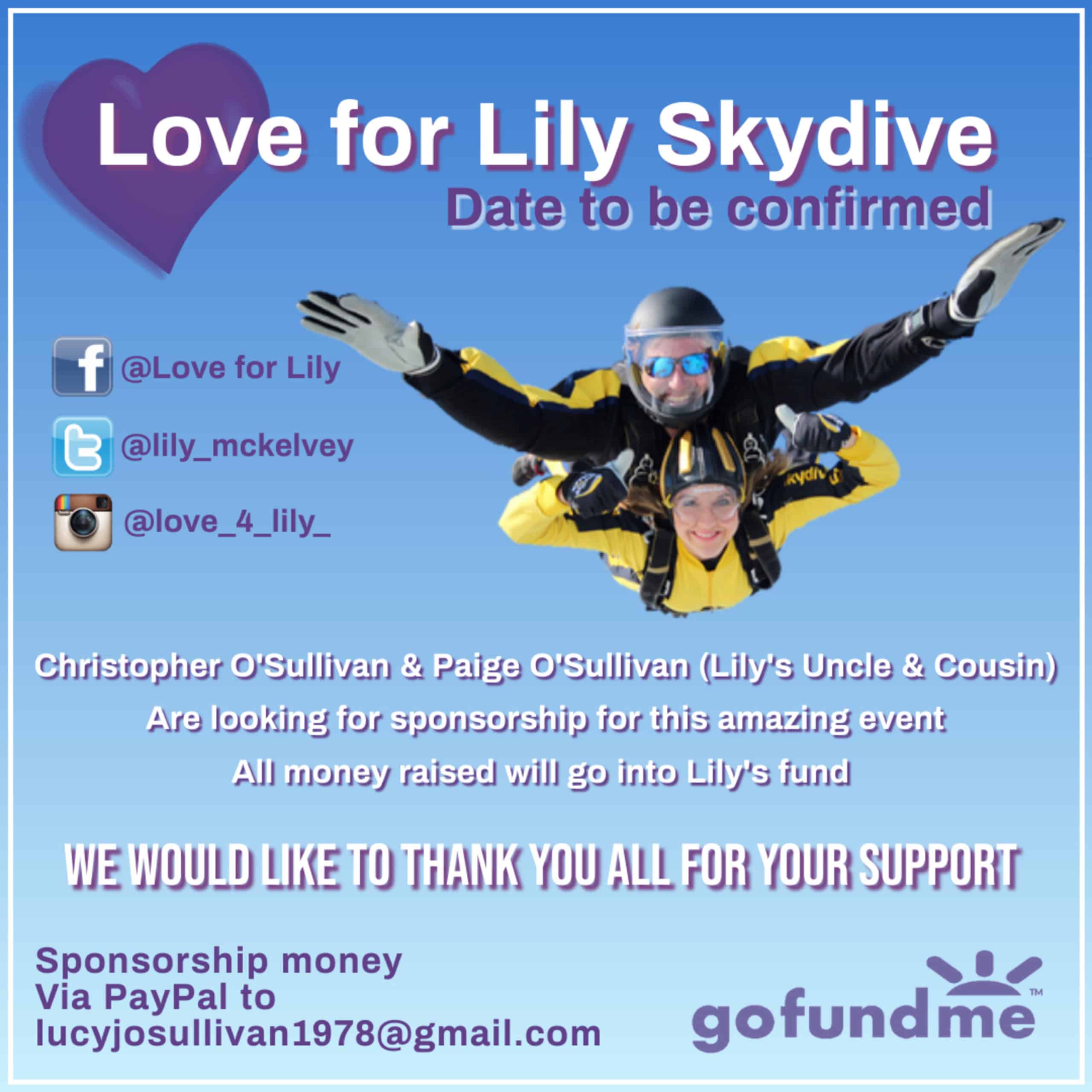 And the family have managed to launch ‘Love for Lily’ merchandise including hoodies,t-shirts, facemasks, reusable shopping bags, key rings, badges, wristbands, fridge magnets with prices ranging from £5 for a facemask to £15 for an adult hoodie.

Lucy, 43, who lives in Camberwell and works at Albion Primary School in Rotherhithe, said she was in a frenzy to get the cash for Lily. Her sister, Lily’s mum Lizzie, alongside her husband Lily’s dad Jack, say on their GoFundMe page: “Our Lily is so precious to us and we will go to the end of the earth to fight for her precious life. Life without Lily is unthinkable. We have to fight for her.”

All of Lily’s family have made a huge effort with the current total standing at £124,725 but there is still a mountain to climb, with £245,275 still needed. The family here and in Lily’s home town of Colchester are open to any more fundraising ideas. 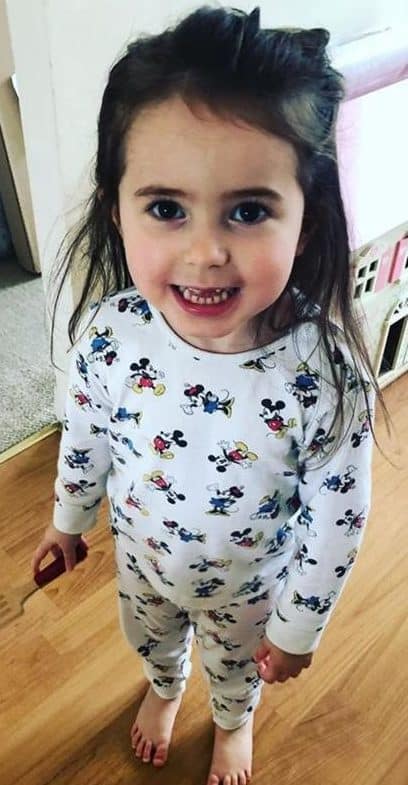 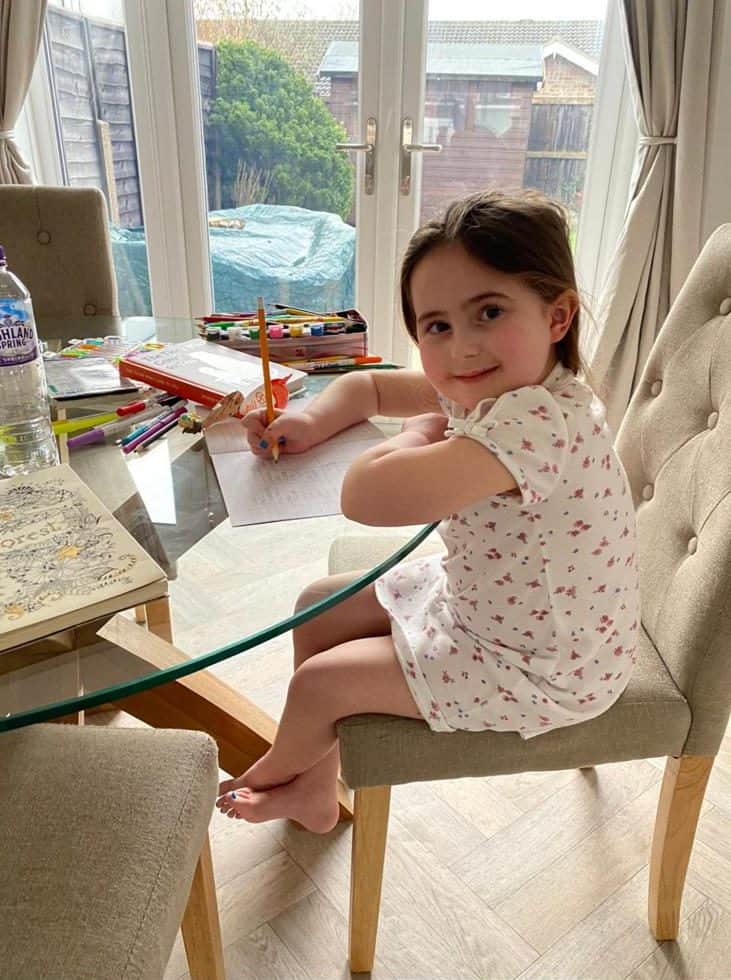 Lucy’s cousin Louise from West Malling, is running all social media – also there is a lot of fundraising going on in her local area so if there is anyone with family in that area they can join local fundraising raffles etc there.

Here is Southwark parents at Albion Primary have rallied around: “Sarah Mustoe, who I have known for ten years has been helping us so much with fundraising, from sourcing the mechanise to gaining sponsorship from local business as well as adding numerous prizes for the raffles.  Sarah’s son in law is also doing the skydive with my husband and daughter along with another parent from Albion primary school,” Lucy told the News.

Lily was found to have diffuse intrinsic pontine glioma (DIPG) – said to be the most deadly form of child cancer – after her parents took her to hospital shortly after Christmas as she was vomiting. DIPG is rare. It affects only up to 30 British children a year, but with a life expectancy of six to nine months, time is running out for little Lilly.

Lucy says her sister is talking to doctors in New York, now the thirteen sessions of radiotherapy have finished that Addenbrooke’s Hospital in Cambridge told her to undertake. The radiotherapy gives Lily up to twelve months to live.

The radiotherapy controls the tumour but only the medics in America have an innovative  technique that directly treats the tumour without affecting the brain’s stem in this sensitive and important area of the brain and so gives her any real chance of survival.

“The doctors in Cambridge are eager for Lily to go to the States as it her best hope of surviving. Now she has had the radiotherapy sessions she can go, without it, it’s only palliative care and making memories,” Lucy explained.

“In normal times we could have events, we could do more to fundraise, my husband Chris and my daughter Paige can’t even get a date for the skydive, but they will do it and I want to thank everyone helping and those donating as I know times are hard, but we have to get our Lily to America.”

Lily’s mum is pregnant with her little brother, who due in June and she is excited to have a sibling for the first time.

In a statement put up today Lily’s parents spoke her how crucial it was not to get her treatment after she was admitted to hospital on Monday:

‘Our Lily had to be admitted to hospital on Monday evening as she was suffering with sickness and couldn’t keep any fluids down .

An IV was put in & with lots of sleep overnight she was feeling much better the next day .

Our doctor at Addenbrookes Cambridge wanted to carry out a CT scan to check for fluids on the brain . Thankfully that came back clear . The sickness looks like the after affects of intense radiotherapy on her little body .

Once again Lily has been so amazing while tests have been carried out , not fazed by needles and scans she’s unbelievable.

It’s so incredibly hard for us to see her go through this , the pain for us is indescribable.

We would like to say we are continuously so very thankful for everyone who is donating & sharing Lily’s story .

We have been advised that time is crucial for Lily’s potentially life saving treatment after her scan in 6-7 weeks .

If you have a fundraising idea you can email Lucy lucyjosullivan1978@gmail.com, You can follow Lily’s by joining the the Facebook group, ‘Love for Lily’ ’, or following her @love_4_lily_  on Instagram, and twitter @lily_mckelvey and decide how best you want to help including buying the merchandise and raising awareness.

Or to simply donate to give life-saving treatment, visit the GoFundMe page here.