A West Ham supporter has raised more than £4,000 for a young football fan’s cancer treatment by walking 77 miles non-stop overnight – including a visit to rival Millwall’s ground The Den.

Construction site manager Patrick O’Connor, 53, smashed his fundraising target and successfully completed the walk to all of London’s professional football clubs within 29 hours – arriving at West Ham in time for kick off on Sunday.

The Hammers fan, from Southend-on-Sea, is a family friend of three-year-old Isla Caton who has been diagnosed with rare childhood cancer neuroblastoma.

Her family, who live in Stratford, are trying to raise £400,000 to send her overseas for potentially life-saving treatment not available on the NHS.

Speaking to the News after completing the walk, Patrick said the challenge was a “mixed experience”.

“Looking back with rose-tinted glasses it was actually enjoyable,” he said. “There were high points and low points; one of the low points was it rained most of Saturday and I was using Google Maps on my phone which got soaked and started opening podcasts instead so that wasn’t fun.

“Through the night it got a bit dodgy at times so that bit wasn’t great either but when I went on the Woolwich ferry the captain obviously said something to the lads and they played Forever Blowing Bubbles which is the signature [West Ham] tune and they played it over the intercom all across the Thames. 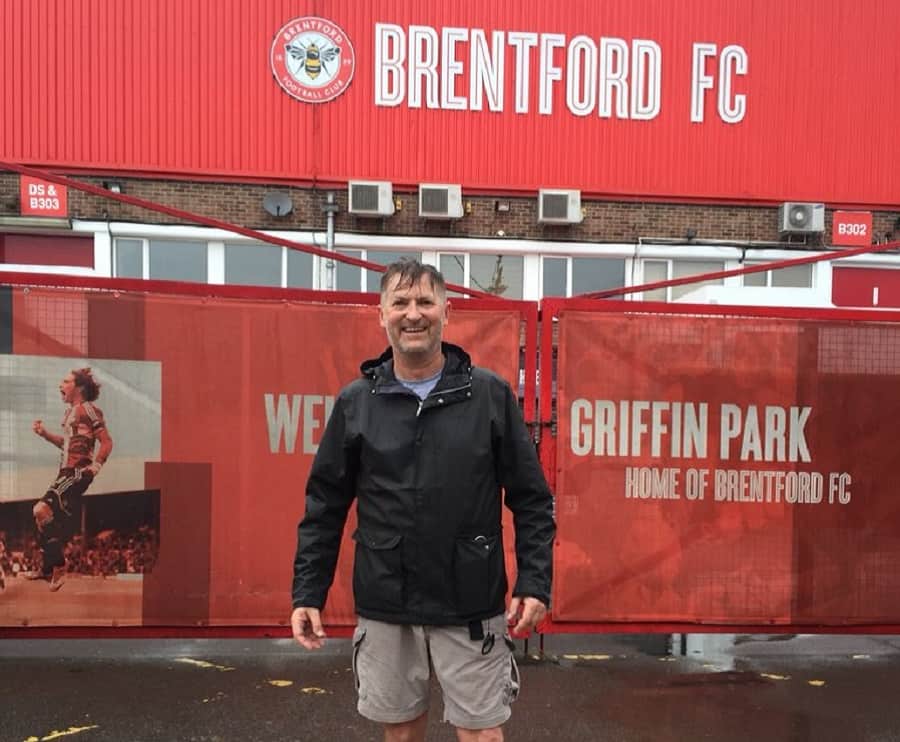 “When I got to Millwall I met my girlfriend Charlie who was driving to the check points with food and water and when she went to get a photograph a guy who looked official came over and asked if I was a West Ham supporter then told me to follow him and next thing we knew he had opened up some doors and we were on the pitch.

“They were really friendly – we weren’t expecting someone to come and let us in.

“My girlfriend joked to him that I had told her all Millwall fans were horrible and she said every time she meets one they are lovely.”

Patrick arrived at West Ham’s London Stadium home in Stratford an hour ahead of schedule and in good time for a pint and pie and mash before kick-off.

He said the whole experience was “a bit surreal” as he collected £250 from complete strangers going up to him at the stadium and £1,300 in the pub afterwards.

“It was surreal and an amazing experience,” he said. “Isla is having radiotherapy this week so it’s nice to give them a little bit of a high point.”

Anyone who would still like to donate can visit Patrick’s Just Giving page at www.justgiving.com/fundraising/pat-o-connor3 or text LFWI 66 £3 to 70070.