EXCLUSIVE: Fired up residents vent their anger after months of no heating and hot water

by Katherine Johnston
in Housing
0 0
1

An angry crowd of 400 tenants and leaseholders left without heating and hot water since Christmas vented their frustration at Southwark Council at a public meeting held last week.

One Brandon Estate resident told the News council representatives were ‘jeered and screamed at’ after it emerged they were under the mistaken impression the problems had only been going on for a week, when in fact the Wyndham House boiler has been kaput for five.

At the meeting held at the Rachel Leigh Community Hall, residents from Aberfeldy House and Glenfinlas Way told how years of problems had led up to the current breakdown.

The announcement that the council would offer £100 in compensation per household to those affected was met with dismay by those who were racking up extortionate heating bills.

One leaseholder from Glenfinlas Way told the News this would barely cover the £400 extra heating costs added to his £1,000-plus service charge for the year. 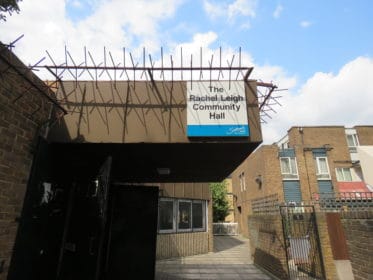 He described the atmosphere at the meeting as a ‘near riot’ and ‘close to throwing chairs’, adding: “A hostile old lady waved her walking stick in the air like a battleaxe. Other elderly women shook their fists and hurled abuse at the top table.”

Isra Black, whose elderly parents live on Andrews Walk, said they had calculated a ‘conservative estimate’ of nearly 300 hours of unscheduled ‘outages’ in their home between November last year and February 5.

Peckham and Nunhead estates have also been affected, with Brimington Estate tenant Norman Williams saying it had not been above fifteen degrees celsius inside his home since the New Year. He claimed five pages of signatures from tenants demanding action had gone ignored.

As the News reported last month, Aylesbury residents, including a new mother and women in temporary accommodation escaping domestic violence had been left without heating and hot water when a main pipe burst in January, despite half a million pounds of ‘patch up’ preventative maintenance work.

Cllr Stephanie Cryan said the creaking district heating system in Southwark was one of her ‘biggest challenges’.

In a statement sent to the News, the cabinet member for housing and modernisation at Southwark Council said: “We know there have been a large number of boiler breakdowns across our estates over the last couple of winters and this has caused significant problems for our residents, which is not the kind of service we want to deliver as a council.

“Things have been particularly bad on blocks that are served by the Wyndham boiler house, where at one point three of the four boilers had broken down and temporary boilers had to be brought in.

“In many cases heating and hot water has been restored and engineers are working hard to deal with the individual complaints of leaks, airlocks etc that are continuing to prevent a full service being restored.”

She said the council had agreed to reassess the compensation offered to make sure no one was out of pocket.

“We have committed to make sure that everyone is reimbursed for any costs incurred,” she said, going on to explain:  “Maintaining our ageing district heating systems is one of the biggest challenges we have in housing at the moment, for example with replacement pipe work at Wyndham being estimated at around three times our annual budget for repairs.”

In the meantime, the council is aiming to make ‘targeted repairs’ to the creaking system – but there seems to be resignation on both sides that further problems are likely.

A terminally-ill, wheelchair-bound father is one of the many vulnerable people who has been left without heating and hot water during a disastrous winter for Southwark’s council tenants and leaseholders.

John Charen, who lives in Peckham’s Staveley Close with his partner, Donna Cadman, contacted the News after his flat’s heating and hot water had been off, or only intermittently working, for seven days from Sunday, February 3.

The father-of-three who sufferers from Motor Neurone Disease (MND) was forced to rely on three council-provided fan heaters, and terrified he would be landed with another expensive electricity bill.

A previous ten-day outage in October 2018 had left him struggling to pay his supplier, EDF, after a Southwark Council refund took more than six weeks to arrive.

After enquiries made by the News, both Southwark Council and EDF confirmed they were reviewing an outstanding bill for £265.82.

An EDF spokesperson said: “We take our responsibility to support our vulnerable customers very seriously and unfortunately, we were unaware of the difficulties Ms Cadman and her partner are experiencing.

“We have contacted Ms Cadman so we can discuss what additional support we may be able to provide to help them at this time.”

Motor Neurone Disease is particularly severe as it is a degenerative illness which can leave its sufferers ‘locked’ in their body, unable to move, talk, swallow and – eventually – even breathe.

Cllr Cryan said: “It is not okay for Mr Charon to have to use temporary heaters for longer than a day or two given his medical needs and in fact in any other circumstances, if it were possible to for us to do so, we would offer him alternative accommodation.

“We have visited Mr Charon to pick up his current heating bill so we can review it, and future bills arising, to see how we can support him and to make sure he’s not out of pocket as a result of the extra electricity he has had to use on temporary heating.

“While his heating is currently working, we will keep in touch with Mr Charon and continue to monitor it as there have been further issues with his hot water supply.”