As much as some people would like to see Cabinet Ministers hung, drawn and quartered we know it’s against the law and wouldn’t want to be banged up for a large portion of our lives for that guilty pleasure, but there is ample fun to be had by catching those that kill off MPs, writes Michael Holland…

The Olivier-nominated creators of Alice’s Adventures Underground, Les Enfant Terribles, have created an innovative and immersive online adventure that blurs the lines between theatre, gaming, escape room and board game with Sherlock Holmes: An Online Adventure – The Case of the Hung Parliament. 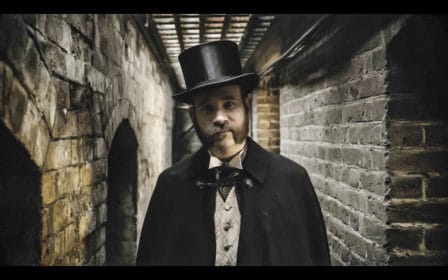 Once the ‘Detectives’ have logged in to Zoom, the legendary – and hilariously comical – Doctor Watson informs us that The Home Secretary, The Foreign Secretary, and the Lord Chamberlain, have all been found dead in their own chambers and that each victim died on their birthday after receiving a card with a mysterious quote written in it.

But what does this mean?

It means that the Prime Minister is next and we have 75 minutes to catch the killer and save the PM.

We are given the names and backgrounds of the five suspects, who all have a reason to take out these corrupt politicians, but our job is to check out the murder scenes for clues with immersive 360 technology and put our heads together to deduce the method, motive and, of course, the perpetrator of these dastardly crimes.

Everything is there for you to get to the answer, but that doesn’t mean you will find all the clues nor understand them if you do.

It is not elementary but it is exciting.

There is a frisson amongst the team each time another clue is solved; a sense of power when you get to interrogate the suspects; pleasure to be had from good teamwork, and even more satisfaction when you find you have solved the case correctly – Which not all teams do. But not finding the guilty party would just entice me back in to catch the bounder, even if to buy him or her a large whisky.

You can join other single players to make a Flying Squad of Super Sleuths, or sign up with friends to catch crooks.  A good amount of general knowledge is required because without it you’ll be floundering amongst the evidence and leaving your dunce fingerprints everywhere. 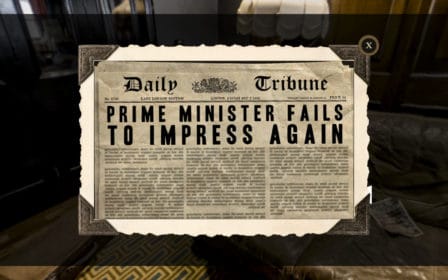 This is the perfect crime for friends to get together… So don the deerstalker and with your powers of deduction solve the case for Sherlock Holmes before time runs out.

Sherlock Holmes: An online Adventure. The case of the Hung Parliament runs from 24th February – 4th April 2021. Tickets: £15 per person

Book a private show for £90 and play with up to 6 players.

Public and Private shows available. Public shows (play with other members of the public) private shows (tickets can be purchased for the whole slot for one group).

A variety of slots are available – please check the website for availability.

Cruising Into Another Life

Cruising Into Another Life