If you’re not a fan of one-person shows then I guarantee that watching Rosie Day as Eileen in her self-penned play, Instructions for a Teenage Armageddon, will change all that, writes Michael Holland.

This was my first experience of Ms Day but I’m very late to this party as she has been either on a stage or screen near you pretty much non-stop since 1999, so she will be known to millions.

Her play is based on her book of the same name (soon to be a film), and tells Eileen’s story from the age of 13 to 16, which, with her youthful looks, Rosie can play with ease while being at least a decade older. In fact, and quite incredibly, you actually see her age from an annoying 13-year-old to a young woman in the show’s 75 minutes. 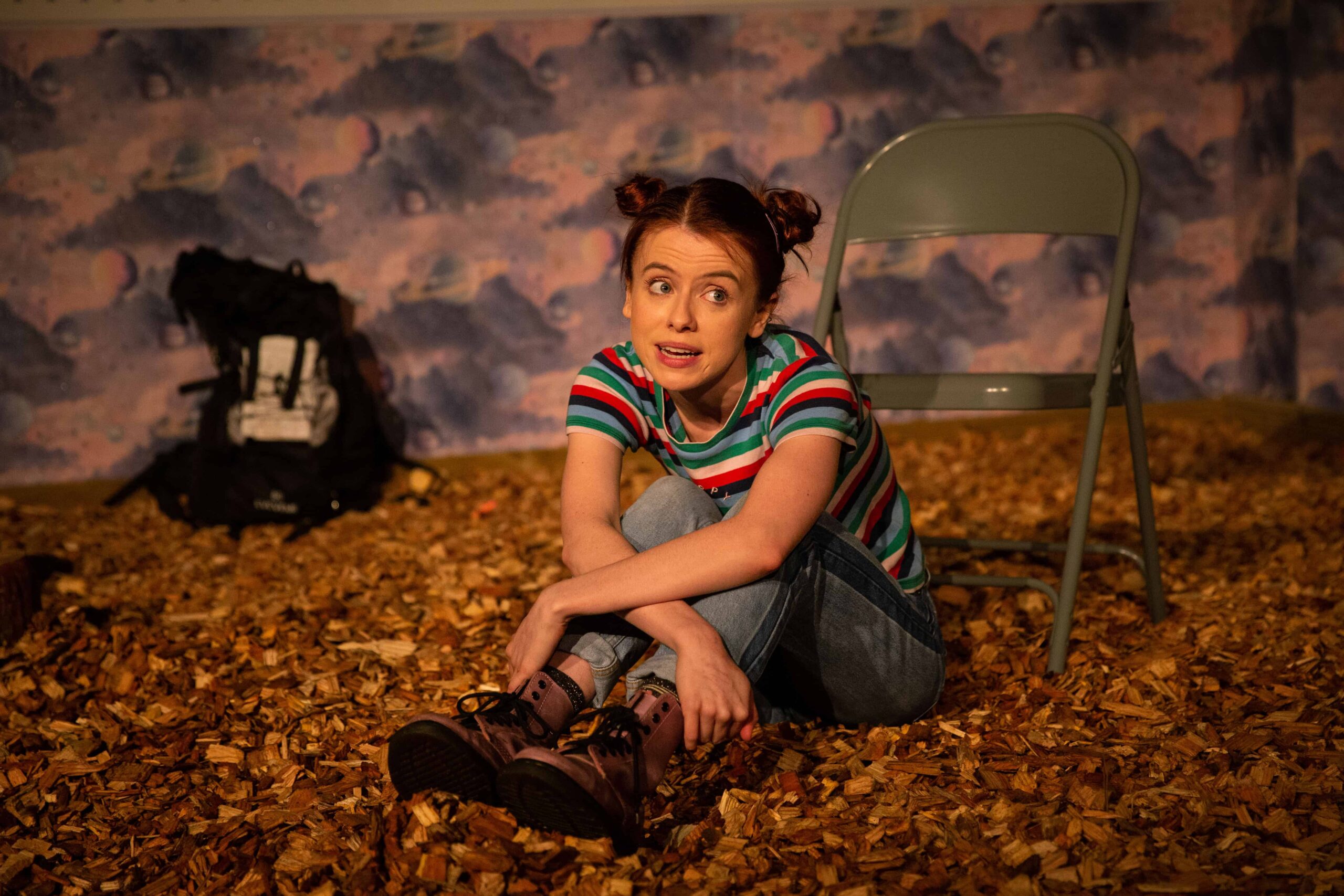 Instructions for a Teenage Armageddon begins with Eileen’s older sister Olive dying from a Yorkshire Pudding and how Eileen deals with her grief – Or lack of it. Going to Girl Guides is one way of avoiding her feelings, though her endeavours to gain merit badges adds more stress to her young life.

Her parents separating increases the pain and this feeling of despair is compounded when both parents find new partners and a saccharine stepsister, Lottie, brings hatred into the equation. Factor in her school friends moving away from her moods instead of gathering round with a collective hug and support, and you have yourself a dire and desperate play.

Nevertheless, Instructions for a Teenage Armageddon is the exact opposite. Rosie Day adds dry humour in all the right places to keep us hanging on as we share her emotional ride on the Growing Up Rollercoaster. Each phase of her life is transitioned by her attempts at earning a Guide Badge, mostly with hilarious outcomes, and snatches of the song Come On, Eileen.

But the ride does not come to a soft stop where everyone gets their breath back, but with a new disaster that comes with her young naivety falling prey to a wicked world. All the dancing and Guiding and fun stuff of being young ends and Eileen has to grow up quick to deal with this new setback.

Instructions for a Teenage Armageddon is a great piece of work by this young lady and the team around her. Not a second is wasted as the lights and sound and video interactions all come together perfectly to show that Rosie Day can write and can act and will be around for a long, long time.