Jon Lia, who has been given the all-clear from prostate cancer, pictured with his family during the March for Men charity walk

A Bermondsey grandad and his family have raised hundreds for the charity that supported them after he was given the devastating news that he had prostate cancer.

Jon Lia was diagnosed with the disease in January 2012 after insisting on a full check-up, following the shock of losing a friend to bowel cancer.

The father-of-three, then 53, had shown no symptoms of having the cancer, which can take up to 20 years to appear, but fortunately doctors caught it early.

After five weeks of daily brachytherapy – a type of radiotherapy – and years of check-ups, Jon, now 59, finally got the words he had been waiting to hear in March this year.

To celebrate getting the all clear, and to give back to Prostate Cancer UK, Jon and his family took part in a March for Men event at Queen Elizabeth Olympic Park, Stratford, on June 16, raising £1,600 for the charity in the process.

Speaking to the News, the travel consultant’s wife of 25 years Sue said: “It was really good; there were over 2,000 people there and it was very emotional to see all the people walking because everyone had signs on their back saying who they were doing it for.

“Jon was interviewed by BBC London Sport which straight away turned to Millwall – we said as Millwall supporters we weren’t keen on walking past West Ham.

“I think we just felt like we had given something back because of everything they did for Jon; we did it to try and help other people and we were just really pleased that we did it and everyone said they would take part again next year.” 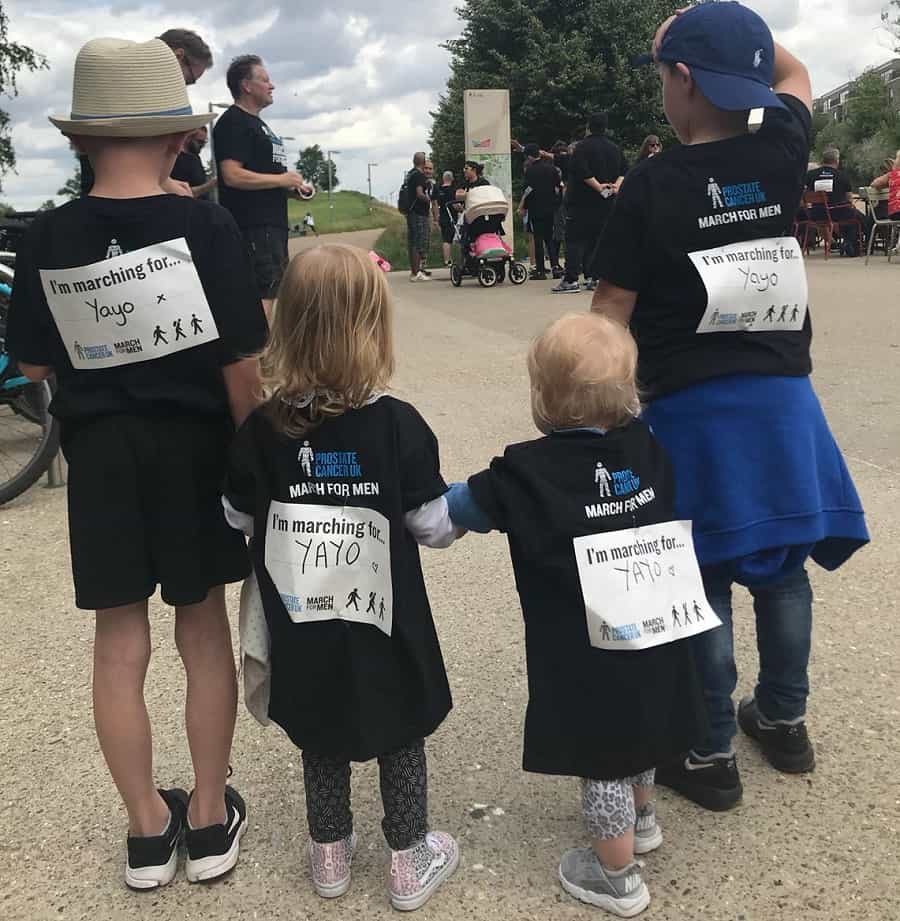 Sue, 63, said Jon still had to have regular blood checks but was doing well and was looking forward to travelling to Valencia for his birthday in August.

“I’ve got colleagues at work now saying their dad or their husband have this and it’s nice that other people talk to us about it because I thinks it was a bit of a taboo subject,” added the school worker, whose parents sadly died from cancer.

“We do appreciate things more now and try to do more things all of us together which is nice.

“Now he just wants people to be aware and to get checked; he was lucky and has come out at the other end.”

To donate to the family’s fundraising page, visit: