‘My baby saved my life’: Borough mum’s rare cancer spotted because of her pregnancy scans

Left: mum Rachel with baby Phoenix and right, her daughter who was born weighing 4lb 4oz

A Borough mum says her baby saved her life – as doctors detected a rare cancer only because of her pregnancy scans.

Rachel Bailey, 28, had an operation to remove the grapefruit-sized tumour in May, just two weeks after her daughter Phoenix was born.

Doctors only spotted the rare kidney cancer when she went in for a scan at 21 weeks of pregnancy at St Thomas’ in January.

Although Rachel’s baby was healthy, they found a previously undiscovered 6cm tumour on one of her kidneys.

“I’m very lucky I was pregnant, otherwise I wouldn’t have known about the tumour,” said the new mum, who has a dog-sitting business.

“I have always wanted a family and I waited so long to get pregnant. Phoenix has been a blessing.” 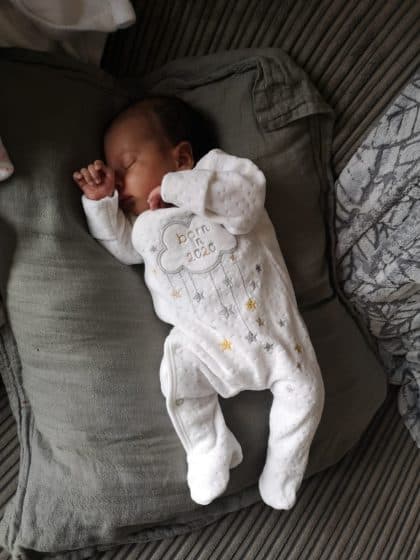 The tumour was malignant but slow growing, so doctors suggested Rachel complete her pregnancy but be induced early so she could have an op to remove it.

The surgery had originally been due for March, but was abandoned after lockdown.

Midwives decided she needed to be induced at 38 weeks, only to find she was in labour already when they went to start.

“Suddenly everything was back on again and it was a rollercoaster of emotions, but I tried not to stress out my baby,” said Rachel.

Then, after the birth of her 4lb 4oz baby daughter, Phoenix, doctors turned their attention to removing her tumour after a two-week isolation.

“It was a very complicated operation as the tumour had grown much bigger than you would have expected in that time,” said her surgeon, Ben Challacombe.

“It was one of the biggest partial removals I have done without removing the whole kidney.

“We wanted to avoid that, as it would cause a bigger scar, more pain, and mean a slower recovery for Rachel.”

Doctors used a specialised robot during the keyhole surgery to remove the tumour and part of Rachel’s kidney.

They are also confident that Rachel does not need any chemo and radiotherapy and is on the mend along with her baby daughter.

“If Rachel hadn’t been pregnant, her tumour may not have been spotted until later when the outcome could have been different,” said Mr Challacombe.

“It may be that her baby saved her life.”

Donnell Rhule: Fundraiser set up in memory of stabbed teenager