Removing graffiti from railways in Bermondsey has cost £150,000 in just two years

Scrubbing graffiti off Bermondsey railway tracks has cost £150,000 over just the past two years.

Network Rail, the public body that owns and manages the UK’s railway tracks, say if it can deter people from graffitiing the railways, it will have more money to spend on making sure train services are more reliable.

As part of these efforts, Network Rail executives, including chief executive Sir Peter Hendy, planted 35 trees at a notorious graffiti hotspot in Bermondey.

They planted the trees, which will serve as an obstacle to would-be vandals, at the Bermondsey Dive Under, where two railway tracks cross near Jarrow Road just south of South Bermondsey station. 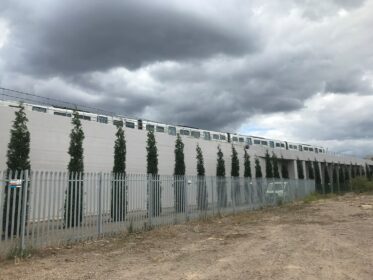 Jon Ruch, Network Rail’s head of security, route crime and resilience for the Southern region, said: “Our teams have been working incredibly hard over the past year or so to remove more graffiti, as we want to make the railway a more inviting place for our passengers.

“We spend around £750k per year on targeting graffiti hotspots and have cleared almost 700 sites since the start of the year right across the Southern region. Using trees to provide a screen that blocks taggers from repainting is a new approach, which is also fantastic news for the environment.”

How to keep cool in this hot weather