Southwark and Lewisham councils are calling on the public to back the southern extension of the Bakerloo tube line.

Transport for London (TfL) has set out plans to extend the tube line from Elephant and Castle to Lewisham via two new stations on the Old Kent Road and one at New Cross Gate.

A further extension of the Bakerloo line beyond Lewisham has also been proposed, which could potentially bring the tube to Ladywell, Catford and Lower Sydenham.

Current proposals for the regeneration of the Old Kent Road as part of an area action plan include 20,000 new homes – 7,000 of which will be affordable – 10,000 jobs and at least two schools.

Southwark and Lewisham have joined forces to launch a website in their campaign which is calling for the public to show their support for the extension – including a third new tube station in Southwark at the Bricklayers Arms roundabout. 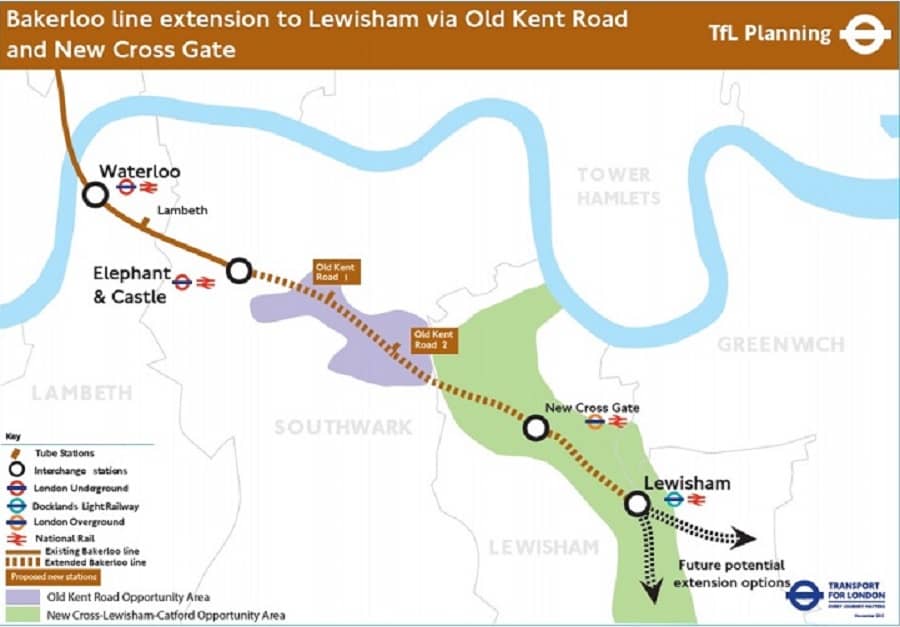 Councillor Johnson Situ, cabinet member for growth, development and planning at Southwark Council, said: “I’m backing the Bakerloo because the extension will make a huge difference to people living and working in Old Kent Road, as well as bringing wider benefits to London.

“There will be a new town centre along one of London’s most famous thoroughfares – Old Kent Road – and the extension is key to delivering more affordable homes, jobs and services to this part of London and opening up new opportunities for people across the city.”

“Travelling from Lewisham to the West End will be eight minutes quicker, there will be a train every two to three minutes, and it is central to unlocking the future economic growth in Lewisham.”

Southwark and Lewisham Councils are working with the Mayor of London Sadiq Khan and TfL to build a case for the Bakerloo line extension.

If central government approves plans for the Bakerloo extension and the funding needed is secured, construction could begin in 2023 with services up and running by about 2028/29.

To show your support for the campaign, visit: www.backthebakerloo.org.uk