by Josh Salisbury
in Weird, Transport
0 0
0

An artist's design of how the Cyclopic bike would look

Electric spokeless penny farthings could soon be the commuter bike of choice under designs unveiled by a pair of London South Bank University (LSBU) graduates.

The ‘penny farthing’ style bike would see the rear wheel being able to fold inside the larger front wheel, meaning it should take up less room than other foldable bikes on the market.

The concept – reportedly the world’s first electric spokeless bike according to its inventors – also would avoid grease and oil.

One of its designers, Alan Rallings, of Cyclopic, said: “It’s all about the storage capabilities, people will be able to store it at home under a bed, there’s no oil and grease, it is very low maintenance.”

Mr Rallings first came up with the idea while a student at South Bank, where he graduated as a mature student in 2017.

He had previously worked on large-scale engineering projects at British Areospace before teaming up to develop the futuristic penny farthing with fellow LSBU graduate, be slimmer. 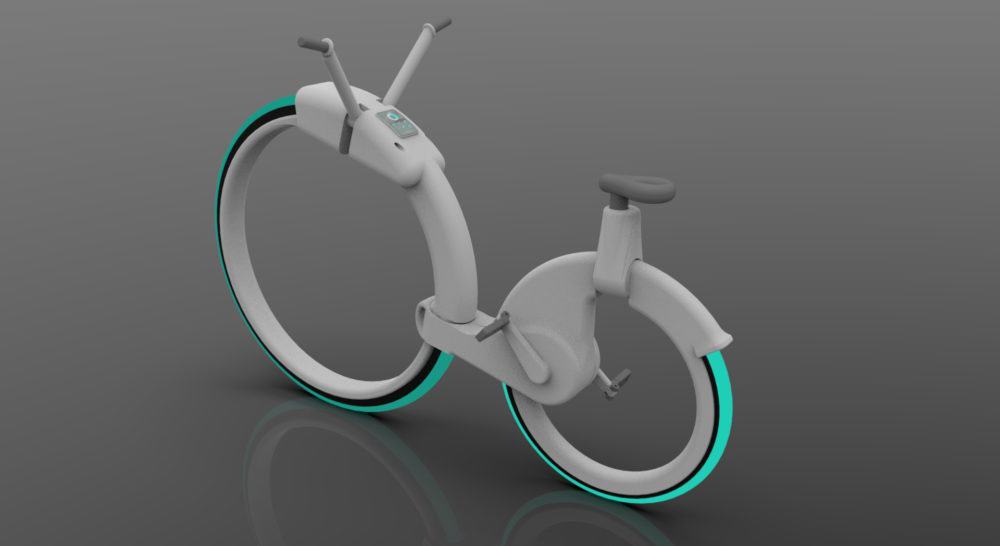 Under current plans, publicly shown at a conference in Westminster last week, the bike would be powered by an electric drive at a top speed of 15.5mph, while an LCD screen would show stats like distance travelled and heart rate.

Prototypes of the Cyclopic bike are currently being developed. “We’re hoping to get a rideable prototype by the end of the summer,” said Mr Rallings.

“Hopefully it’s futuristic,” he added. “It’s sort of a penny farthing, it’s a strange mix of an old fashioned idea and new technology.”

Dr Know: Here is how to reduce your risk of Type 2 diabetes

Dr Know: Here is how to reduce your risk of Type 2 diabetes