General Election 2019: Brexit Party candidate for Camberwell and Peckham says ‘no deal is better than a bad deal’

Camberwell and Peckham’s Brexit Party candidate is Cass Jean-Claude Cass-Horne, who says he has stood in previous elections in both the UK (for Labour, an as an independent) and in South Africa for the Democratic Party. in the past he has worked for the NHS as an advisor.

In a series of tweets using the handle @HorneCass, he said: “I believe in the NHS. I believe in helping the younger generation with employment. I believe in support for disabled, senior citizens and care in the community. I believe in tenant rights.”

In what appeared to be a limited grasp of the thorny issue of the Irish backstop, he explained: “What the UK government should have done is to say we are unconditionally offering a free trade deal to continue with Ireland.

“The World Trade Organisation will back the UK… We know no deal is better than a bad deal.” 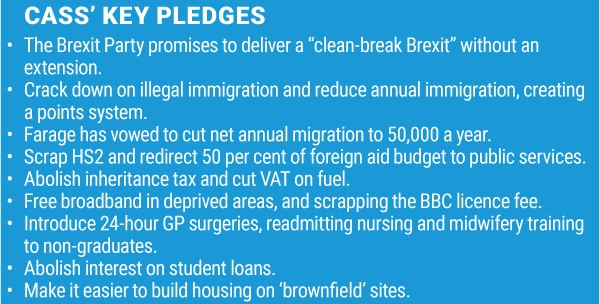 Election Interview: ‘It is okay to not vote Labour. We are not a monolith,’ says Camberwell and Peckham candidate Julia Ogiehor

Election Interview: 'It is okay to not vote Labour. We are not a monolith,' says Camberwell and Peckham candidate Julia Ogiehor