by Katherine Johnston
in Community
0 0
0

Hundreds of local people, including councillors, schoolchildren and community groups gathered at the West Lane War Memorial in Bermondsey on Thursday morning (November 11) to remember the wartime sacrifices made by previous generations. 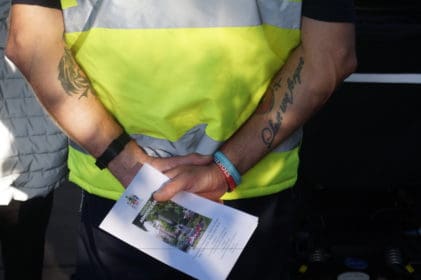 Fr Mark said: “Armistice Day is 103 years since the end of the First World War, 80 years since this part of London was bombed night by night, and soldiers, sailors and airmen who were lost in the war were summoned from homes in these communities. 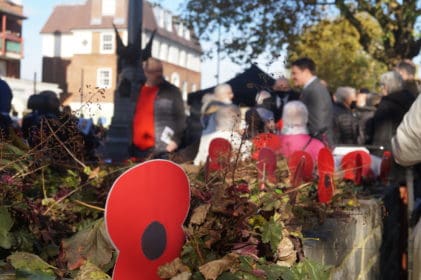 “They were fathers, they were brothers, and it’s fitting that we have so many children here today because when their fathers went away to war, often their children suffered, never saw them again. 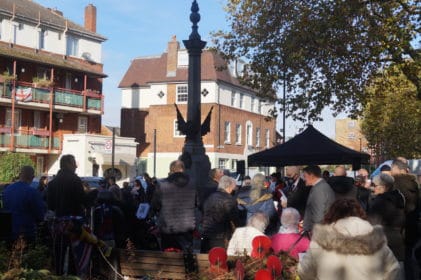 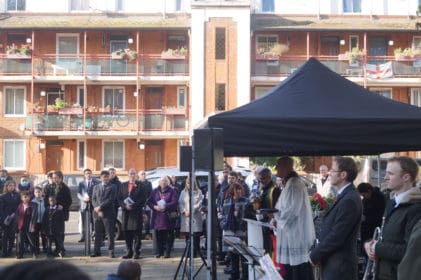 “The two-minute silence is at the heart of our act of remembrance today. Of remembrance of all those who gave their lives in war. And in the silence there is a time for reflection. A time for remembrance. A realisation of the human cost of the war. 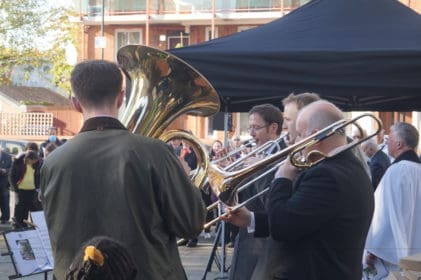 “And it’s also a time to pray. A time in which the memory of the dead speaks loudly. A rare moment of collective peace. A time to recall sacrifice, and to pledge ourselves anew in the cause of peace.

“A time to pray once again that nation will not take up war against nation any more.” 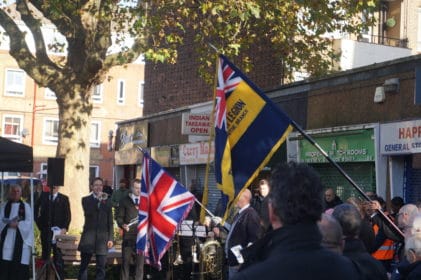 The service also featured a band who played the Last Post and Reveille either side of the two minute silence.

Roy Hewitt, treasurer of the Bermondsey and Rotherhithe branch of the Royal British Legion, read the Kohima Epitaph: “When you go home, tell them of us and say, for you tomorrow, we gave our today.”

The service ended with the national anthem.

More services will be held on Remembrance Sunday (November 14) at West Lane War Memorial, Old Jamaica Road (at 10am) and the Albert McKenzie war memorial on Tower Bridge Road (at 11.30am). 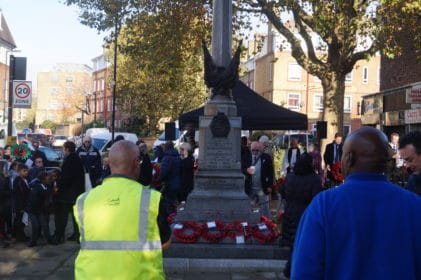 The official Southwark service for Remembrance Sunday will take place at The Southwark Memorial, Walworth Square, on Sunday at 10.50am.

Another service will take place as usual at St Saviour’s memorial on Borough High Street.

All are welcome to all services.

Help find missing dog in Rotherhithe who was ‘scared by fireworks’

Help find missing dog in Rotherhithe who was 'scared by fireworks'